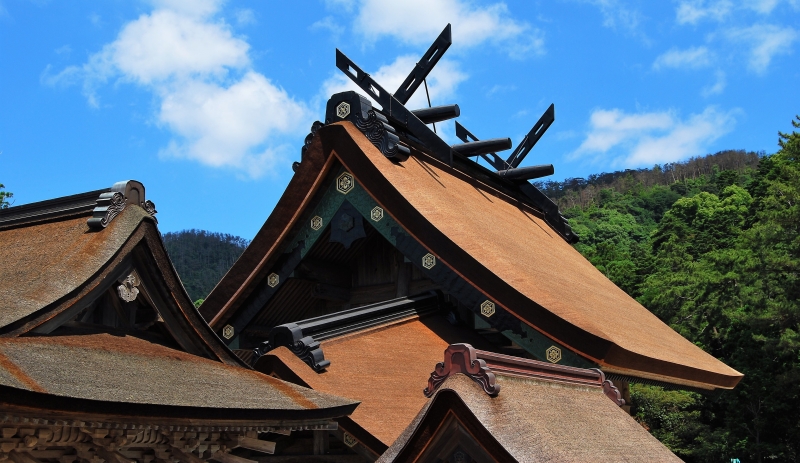 Izumo Ooyashiro is one of the oldest, most important and mysterious shrines in Japan.
It is more famously called Izumo Taisha or Taisha san.. 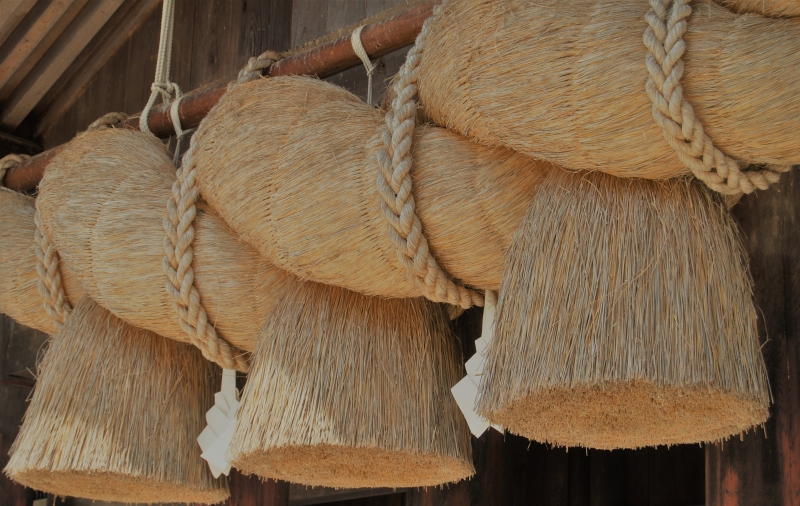 Izumo Taisha is one of the oldest and most important shrines in Japan. When the first shrine was built in this area remains a mystery. The current shrine was built in 1744 and is designated as a national treasure. The deity enshrined is Okuninushi-no-Kami. In Japanese mythology, it is said that this is the deity who cultivated and built Japan. The divine virtues of Okuninushi-no-Kami are romance & marriage, relationship, medicine, agriculture and many others. When one visits a Shinto shrine, praying is usually conducted with 2 bows – 2 claps -1 bow. However, at Izumo Taisha, it is 2 bows – 4 claps – 1 bow. 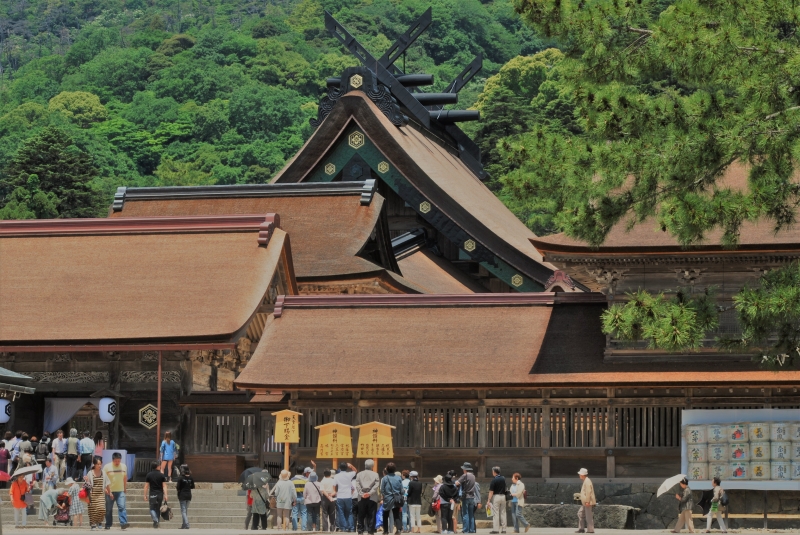 Izumo Taisha is believed to have been the tallest building in Japan during ancient times. It is said that the building was immense, standing 96 meters (about 315 ft) tall. However, in the Middle Ages it was 46 meters (about 150 ft) tall, and presently it is 24 meters (78 ft) tall. Even now, its majestic appearance continues to impress visitors.

In May of 2015, the “Heisei Great Sengu” was held at Izumo Taisha. Sengu is a ceremony in which the enshrined deity is moved to a temporary shrine building, while the original shrine is repaired and renewed. The renewal is not only physical, but also holds a spiritual aspect as well - to renew and restore the deity’s power along with the renewal of the shrine.
Because Japanese Shinto Shrines are made of wood, it is necessary to repair or rebuild the shrines periodically. Izumo Taisha is one of the rare shrines where sengu is held every 60 years.

In Japan, many shrines are surrounded by sacred forest and in Izumo Oyashiro, area is about 18.4 hector or if you know Tokyo Dome its 3.84 times large. Some of the area is primitive, nature with human care,