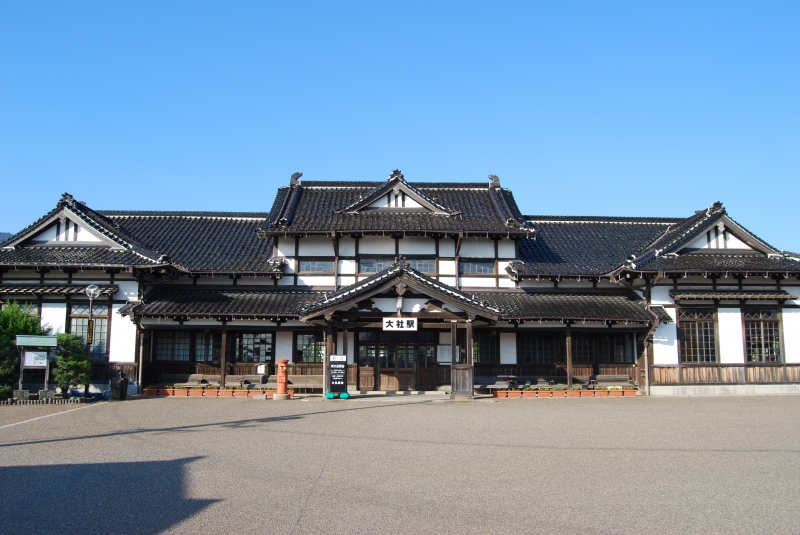 The original gate way to Izumo Taisha, is the old Taisha station. You Visit the beauty of the early Japanese rail station. 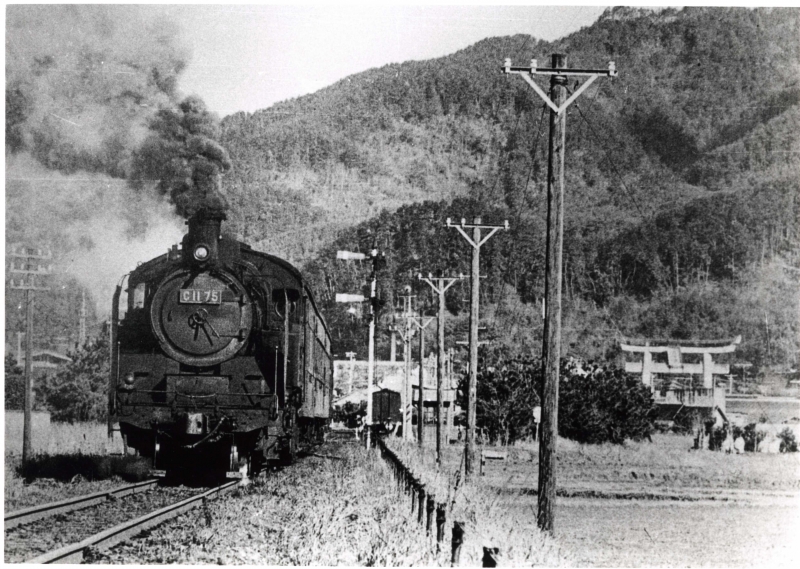 This train station sits at the very end of the former JR Taisha line. The track operated from 1912 until 1990, and was a gateway to the Izumo Taisha worship path.
The train track and other stations no longer exist, and only Taisha station is preserved as a museum. Alongside Tokyo Station and Mojiko Station, the Former Taisha Station has been designated as a historically important national asset.

Find so many turtle decoration on the roof. There are quite few and all are different shapes. 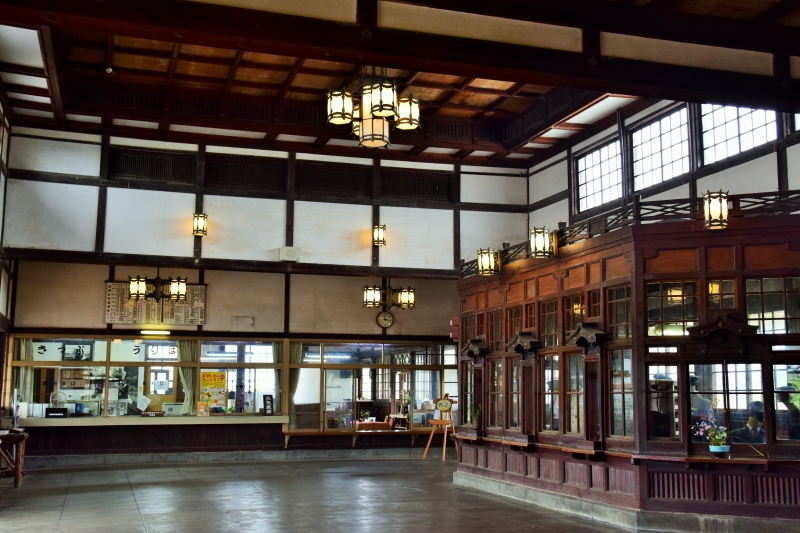 The station was designed using traditional Japanese wooden architecture, with black tile and plaster whitewall. Windows are positioned high to bring light into the room, and Japanese style chandelier hangs from the ceiling.
When comparing it to the modernized station currently operating in Japan, it is almost difficult to believe that the Old Taisha Station was once a classy and bustling place during its time. A ticket counter, waiting room for first and second class passengers, storage room for luggage, an office, and even a VIP room used by imperial messengers, are all well-preserved to this day.

Find chimney and hidden room for the guard. There is decorative window on right or left side. 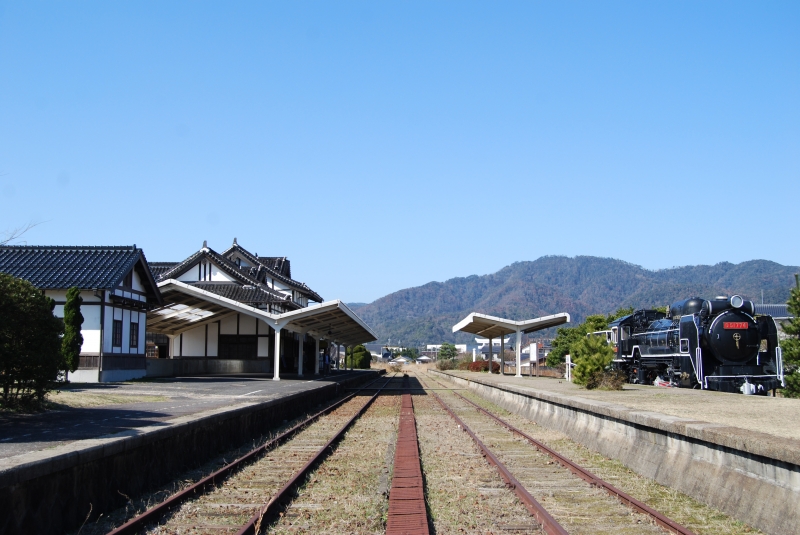 Additionally, one platform, one island platform and three tracks are preserved. On the third track a steam locomotive is displayed to recreate the scenery of the time the station was built.