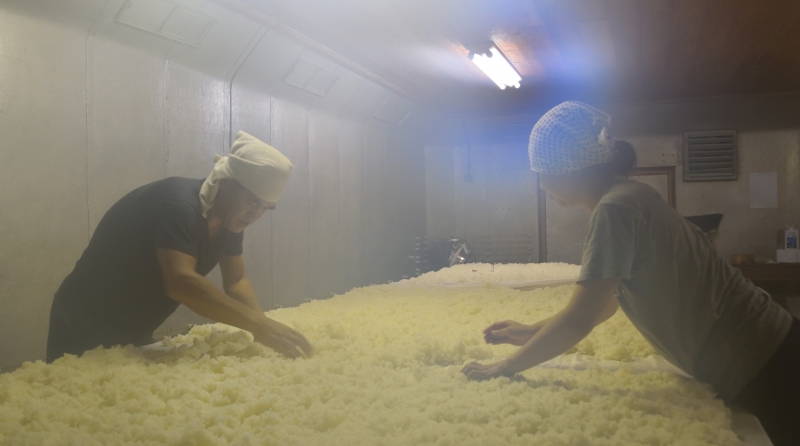 Many things originated in Izumo, and sake is one of them. The city has a topographic record called “Izumo no Kuni Fudoki.” In this record, deities gathered and built houses to brew sake in near Saka Shrine. There, they stayed and partied for many days drinking sake.
There are 4 sake breweries in Izumo, some of which can be visited. During visits, guests can taste the different kinds of sake and buy some to take home.

Free tasting at our brewery!

We have been brewing Sake since 1872. It is a 3 minutes walk from Izumoshi Station in the center of arcade. We keep our traditional mud wall storage and brewery.