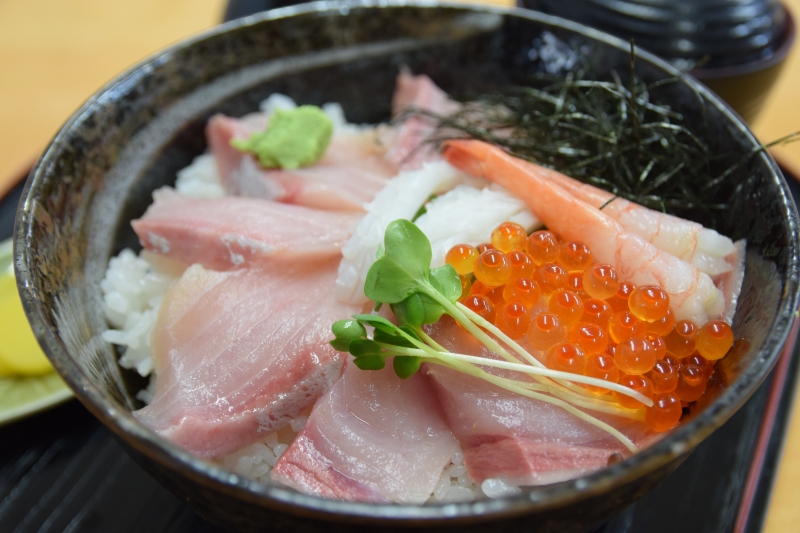 Shimane’s coast is located on the Sea of Japan, where the Tsushima current passes through and various kinds of seafood are available. At Hinomisaki, one can enjoy the beautiful coast as well as exquisite seafood meals. For seaweed lovers, the rare Uppurui seaweed is harvested here (originally a tribute to the imperial court).
On January 5th (lunar calender), Hinomisaki Shrine holds a festival called Mekari Shinji (Mekari means reap seaweed). This festival is based on a historical event during which a black tailed seagull brought seaweed to the rail three times and flew away. The Shinto Priest was confused, but washed the seaweed and it became Wakame.